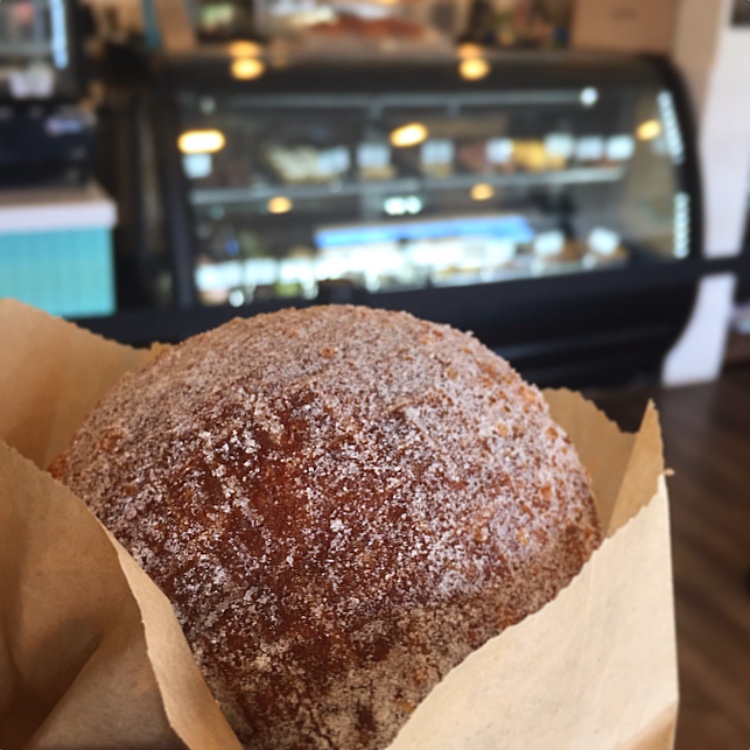 If you’ve been following Borders & Bucket Lists for a little while, you’ve probably noticed that I’m a bit of a foodie.  I created a two-part Hawaii food bucket list (here’s part 1 and part 2) filled with the most delicious treats and dishes to try in the islands.  I go around the island of Oahu trying to find the best of the best.

I’m not going to lie. Sometimes I end up trying some pretty bad dishes (when I wrote a post on where to get the best poke bowls on Oahu, I tried some truly terrible poke before finding these recommendations).  I’m not going to lie, I had to try some awful malasadas for this post as well.  But my taste buds suffered so yours don’t have to.  Here’s where to get the best malasadas on Oahu, Hawaii, according to a local.

So What Exactly is a Malasada?

A malasada is a Portuguese version of a donut without a hole.  Traditionally, it is not filled with anything, but now it is quite common to find chocolate or custard-filled malasadas.

Well Obviously, I Want One.  Now the Question is Where to Get the Best Malasadas on Oahu. 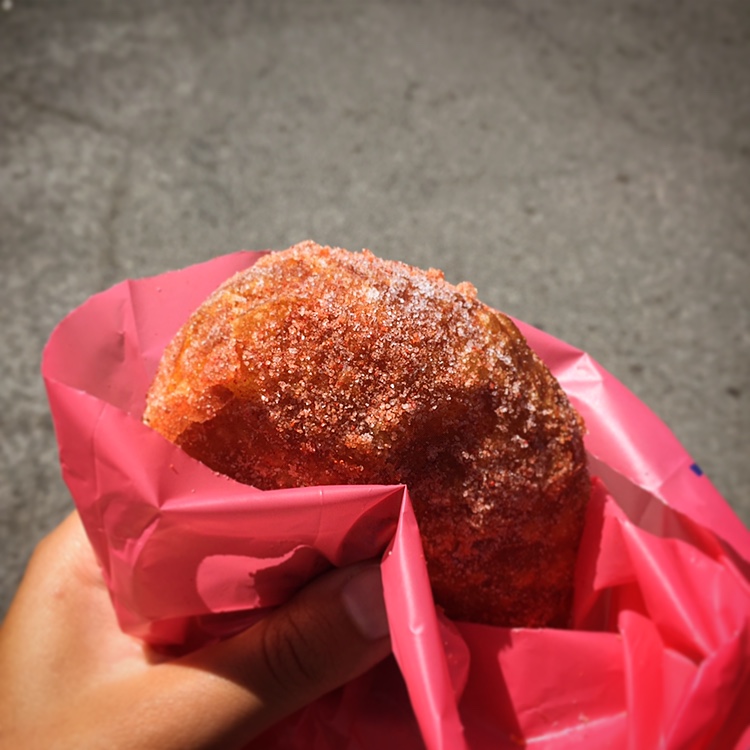 For as long as I can remember, if I wanted a malasada, I would go to one of the Leonard’s Bakery food trucks at Waikele Shopping Center, Pearlridge Shopping Center, or Koko Marina Shopping Center. (I was hardly ever near the actual brick-and-mortar bakery in Downtown Honolulu, but that was always known as the place to get the best malasadas in Honolulu.)

The process is simple.  Walk up to the truck, order your malasada flavor of choice (the original is my favorite), and hand over $1.30 in cash. (You have to spend at least $5 to pay with a debit card or credit card, but honestly, it’s not that hard to do. That’s just four malasadas, and after you try one, you’ll probably want three more anyways.). Then, you’ll bite into the pillowy, warm malasada within a matter of minutes — or sometimes even seconds, depending on how busy they are. The light fluffy fried dough covered in small sugar crystals is just delicious.

If you’re feeling a bit adventurous with the flavors, there are also malasadas coated with cinnamon-sugar or li hing mui (a red sweet and sour powder), as well as the custard, dobash (chocolate), or haupia (coconut) filled ones.  (Just so you know in advance, dobash chocolate tastes a little different from the chocolate that you’re probably used to.)

Leonard’s Bakery was the undisputed place to get the best malasadas on Oahu, Hawaii.  That is, until 2016.

While the bakers at Pipeline Bakeshop & Creamery decided to stick to the traditional malasada, in that they do not offer filled options, they learned to master it.  They do offer different coatings, including classic (sugar),  cocoa, coffee, and li hing mui. If you’re lucky, you might visit on a day when they’re offering one of their special flavors, like matcha (green tea), lilikoi (passion fruit), or guava. The price point at Pipeline Bakeshop & Creamery is a little bit higher than Leonard’s Bakery: $1.50 – $1.70, depending on the flavor.

I do have to say, Pipeline Bakeshop & Creamery’s malasadas come out just a tad hotter than those from Leonard’s Bakery.  Is that enough to offset the lack of fillings?  Or is traditional and unfilled the better route? Can we really name where to get the best malasadas on Oahu, Hawaii?  I guess you’ll just have to try both and cast your vote in the comments below!

But What If I’m Not Going to Oahu, Hawaii Anytime Soon? How Can I Try A Malasada?

If you’re not in Hawaii (or Portugal), your chances of finding a malasada are pretty slim. But you can make a batch of malasadas at home! For an amazing malasada recipe, check out Alana Kysar’s Aloha Kitchen cookbook! In it, she teaches you how to make the perfect malasada with step-by-step instructions. And you can make the variation that you prefer. While her recipe fills the malasada with lilikoi (passion fruit) pastry cream, you can also eat them unfilled or change up the flavors! It’s the best malasada recipe that I’ve been able to find.

In your opinion, where can you get the best malasadas on Oahu? Will you settle the Pipeline Bakeshop & Creamery vs. Leonard’s Bakery rivalry? Or will you bring a new competitor into the mix? Let me know in the comments below!

Did you enjoy reading this post on the best malasadas on Oahu? Are you hoping to try one on your next trip to the islands? Pin this post for later! 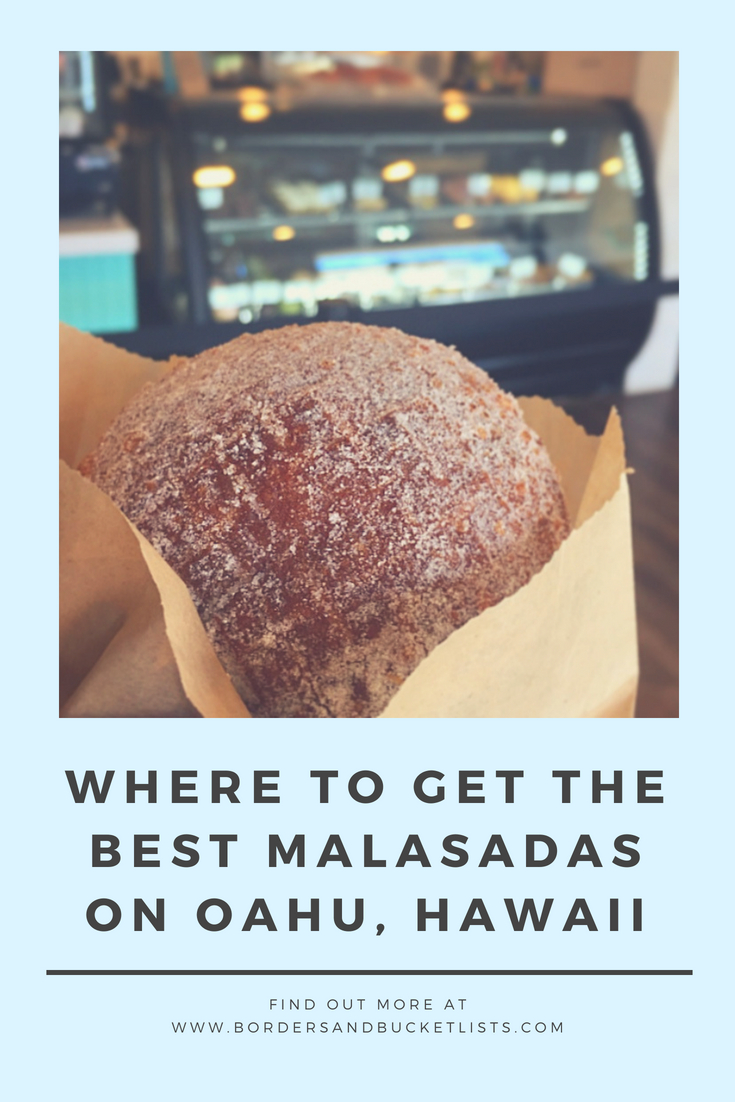