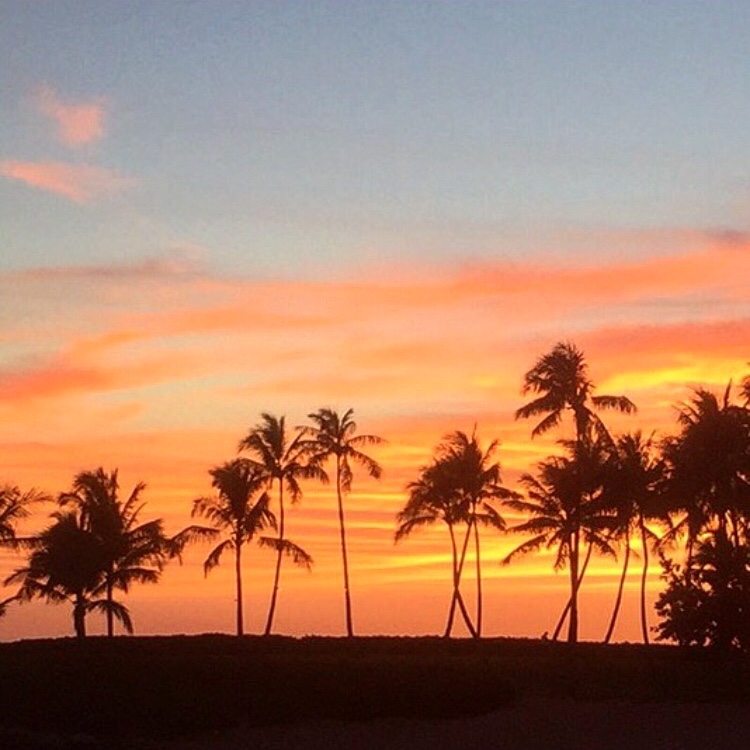 Hawaii, as a place of diverse cultures and languages, has developed its own dialect, known as “pidgin”.  Before I left Hawaii to go to school on the “mainland” (also known as the continental U.S.), I didn’t realize how often pidgin made its way into our everyday forms of speech.  So to help you out, here is a list of 24 local pidgin words you need to know when visiting Hawaii.

Some Basic Pidgin Words and Phrases

You like one ___?  This will happen a lot at grocery stores, because they’ll ask, “you like one bag?”  They’re just asking you if you want a bag for your groceries.

Kamaʻaina: this word refers to someone who is local.

*Pro Tip: if you know someone who is a kamaʻaina, they may be able to pull some strings at a few touristy locations and get a kamaʻaina discount for you.

Shaka: You’ll see these quite often in Hawaii.  Basically, if you hold up you hand with your palm facing you and fold down your three middle fingers (your pointer finger, middle finger, and ring finger), you are making a shaka.

Kapu: This word came directly from the native Hawaiian language, and it was used as a term for the laws that were in place.  Now that definition has expanded a bit to mean something along the lines of “forbidden”, usually because that place was and is sacred to Native Hawaiians.  So if you see a sign that says “kapu”, you should probably avoid going there. 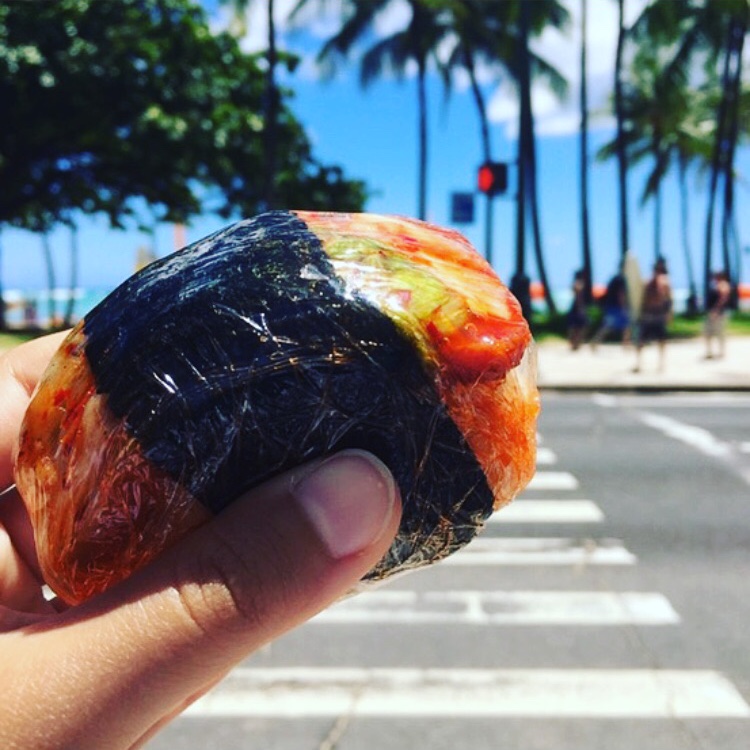 Ono: As I kind of implied through the title of this section, “ono” simply means “delicious”

Lilikoi: This is what we call passion fruit.  I recommend getting this flavor any time its offered. (*Note: this is one of the local pidgin words that the locals don’t even know the standard English word for, so using the term “passion fruit” won’t get you anywhere.)

Lychee: You all know what lychee is – that little fruit with a hard red outer skin and a slimy white inside.  The reason I put this word in this list though, is because we pronounce it differently in Hawaii.  Rather than pronouncing it as “lee-chee” like non-locals do, we locals say “lie-chee”.

Poke:  Poke is a traditional Hawaiian dish, typically made with cubed ahi (not “ahi tuna”, friends – that just means “tuna tuna”) and some soy sauce and seaweed.  A few weeks ago, a wrote a blog post on my favorite places to get poke on Oahu.

Furikake: Furikake is an originally Japanese mixture composed of nori, sesame seeds, and a few different types of seasoning.  It is typically added to flavor cooked rice or fish.  If you add arare (a type of Japanese rice cracker) to it and then toss it with some popcorn, you get what locals call “hurricane popcorn”.

Shoyu: This is the Japanese word for “soy sauce”.  We use it too.

Malasada: Malasadas are fried Portuguese donuts, typically covered with sugar and/or cinnamon.  Highly recommend.  I actually wrote an entire post on where to get the best malasadas on Oahu.

Musubi: Definitely a local staple.  It’s a rectangle of rice with a layer of (usually) spam that is wrapped in a sheet of nori.  Highly recommend.  Oh, and I’ve tried to find the best musubi on Oahu, and so far 7/11 still tops the list (ask any local and they will agree).

Li Hing Mui: This bright red powder is sweet, sour, and spicy all at the same time.  And we put it on everything, from fresh fruit to dried fruit to shave ice to malasadas.

Haupia: A delicious coconut-pineapple pudding dish.  Get some in pie form from Ted’s Bakery.

If you’re looking for more must-have Hawaii foods, check out Part 1 and Part 2 of my Hawaii food bucket list. 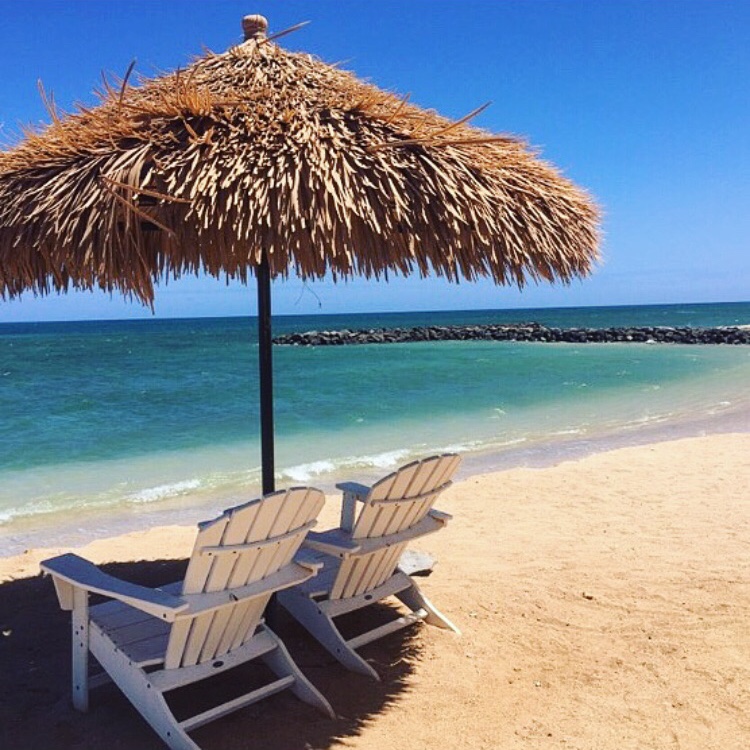 Slippers / slippahs: No, this isn’t talking about those fuzzy house slippers you wear during the winter.  “Slippers” or “slippahs” are flip-flops.  Not at all for those cold, snowy days.

Honu: Perhaps while you’re at the beach, you’ll catch sight of a “honu” – a Hawaiian green sea turtle.  As a matter of fact, in my very first blog post, I wrote about a hidden lagoon with a few turtles that come to visit.

Aloha Shirt: It took me a while to realize this one, but when non-locals say, “aloha shirt”, they mean a shirt that has the word “aloha” written on it.  It’s not the same at all in Hawaii.  An “aloha shirt” refers to what non-locals would call a Hawaiian shirt.  You know what I’m talking about – those brightly colored shirts with an absurd number of hibiscus flowers that tourist families all wear to match.  Yeah, those.

Lanai: In addition to being the name of a very small, 3,000-person Hawaiian island (which is totally worth a visit), the term “lanai” is also used to mean “balcony”.

Mauka/Makai: In Hawaii, we don’t use the typical set of directions.  We don’t have the organization where the even-numbered highways move in the East-West direction while the odd-numbered highways move in the North-South direction.  No, we use the terms “mauka” and “makai”.  In other words, when someone tells you to head “mauka”, you go towards the mountains.  When someone tells you that something is “makai”, you head towards the ocean.

I hope this little crash course in Hawaiian pidgin words (and I guess all of our other random terms) helped!  If you want to read a little more, check out the book, Pidgin to Da Max.

Can you think of any other local pidgin words you need to know when visiting Hawaii?  Write them below in the comments! 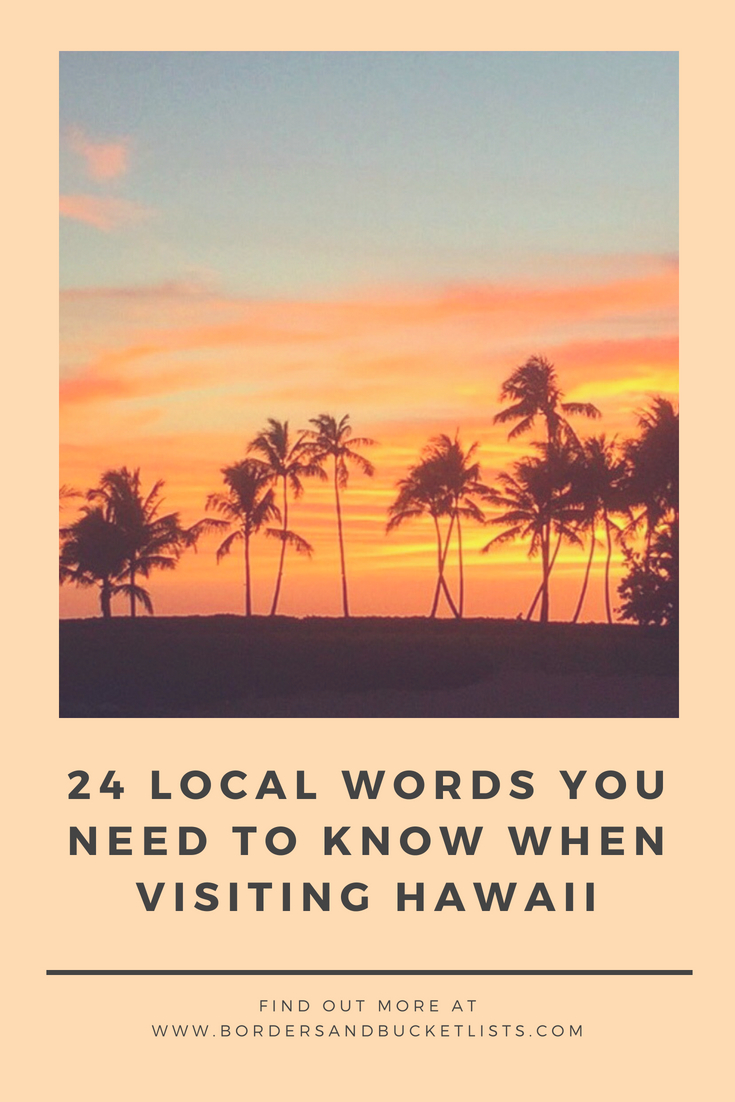